It has been an interesting couple of months.  I have moved a few states away and took my trees along in a U-Haul.  I decided to go out today and pull some of the old weeds that were starting to turn green and figure out what I needed to work on most this Spring.

First up, an Arakawa I picked up last year that needs some work. You last saw it here when I tried to air layer one of the upper branches. 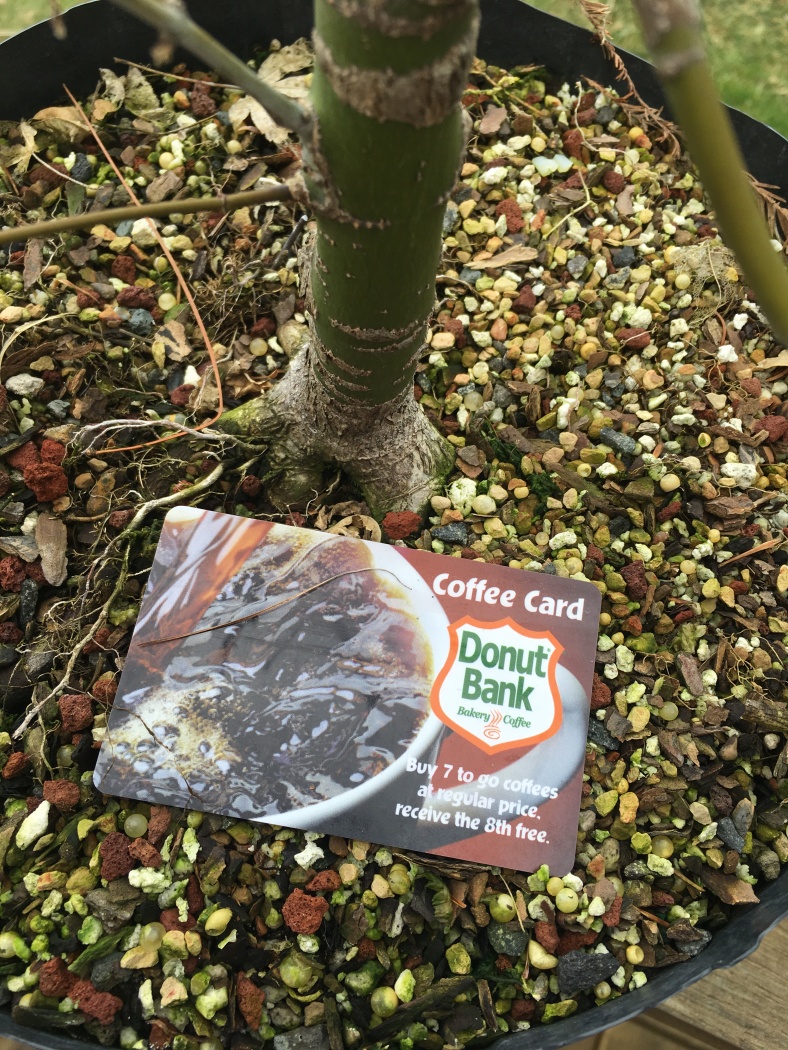 I will let the lower branches run to thicken up this year and then remove a lot from the top after the new growth hardens off.  I wanted to leave this a bit taller and even though it lacks some movement.  I got a couple of a couple of cuttings to root from last year so I will try to get a few more.

Next up is an old Arakawa that I have had for several years.  I thought it was going to die a couple of years ago but it held out.  I gave it a couple years of growth without any work following an old attempted air layer. 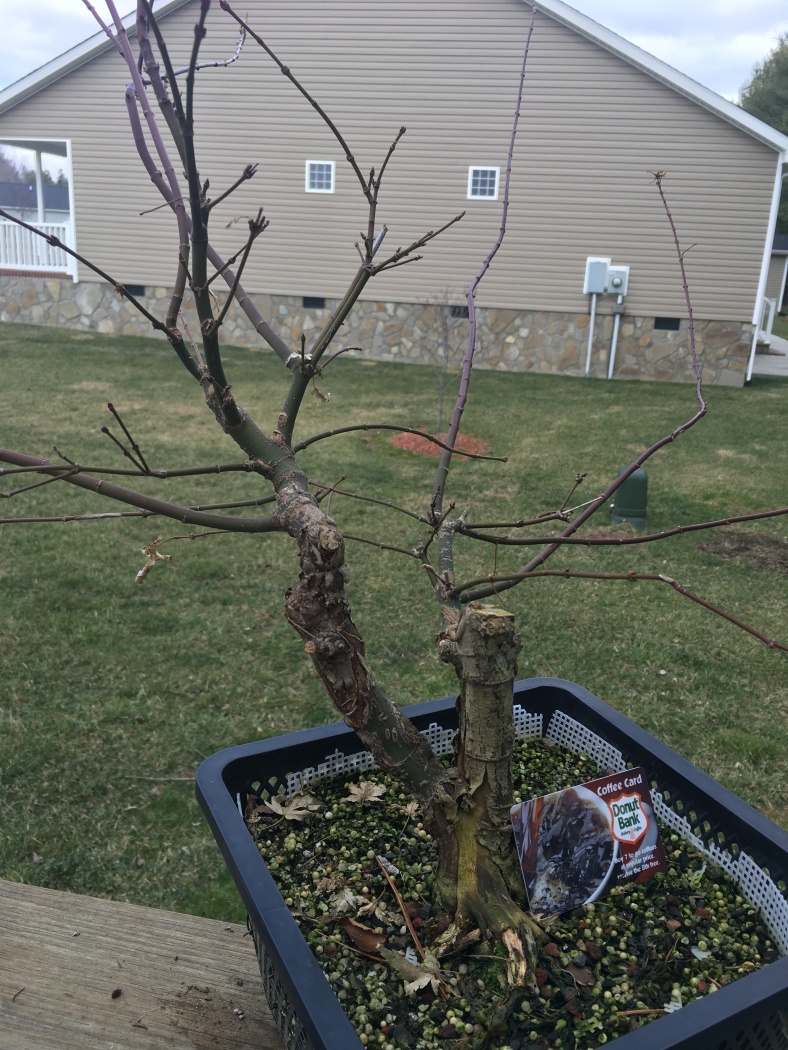 It is in desperate need of a repot and removal of some old dead roots.  I need to clean up the stump on the secondary trunk as well.

Next up is a Bald Cypress that I collected in South Carolina about 3 years ago. 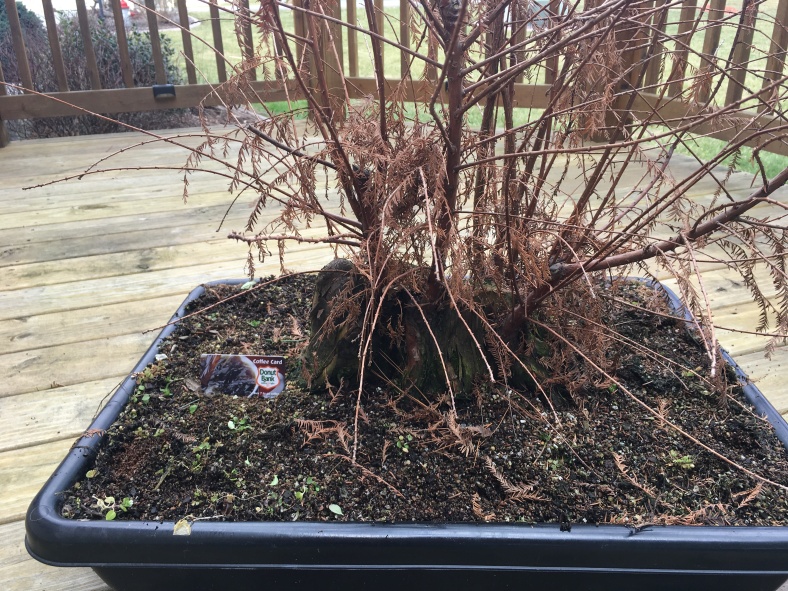 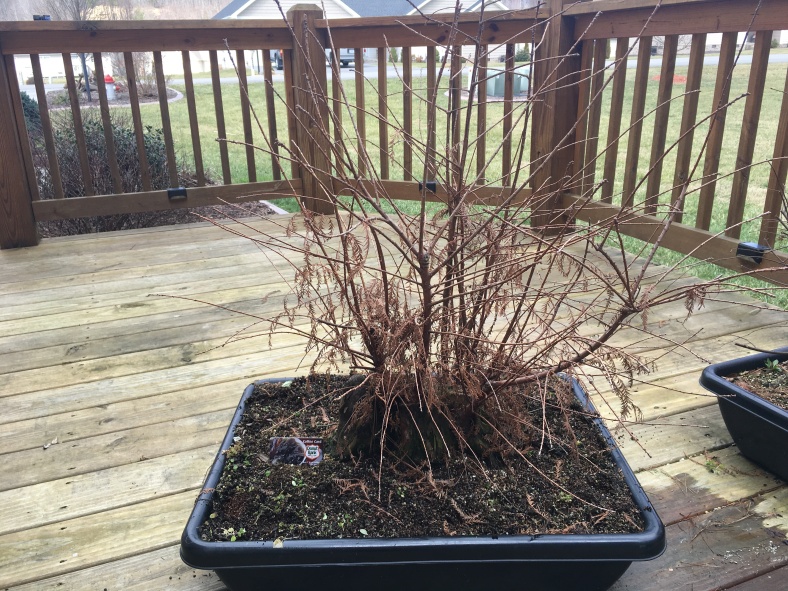 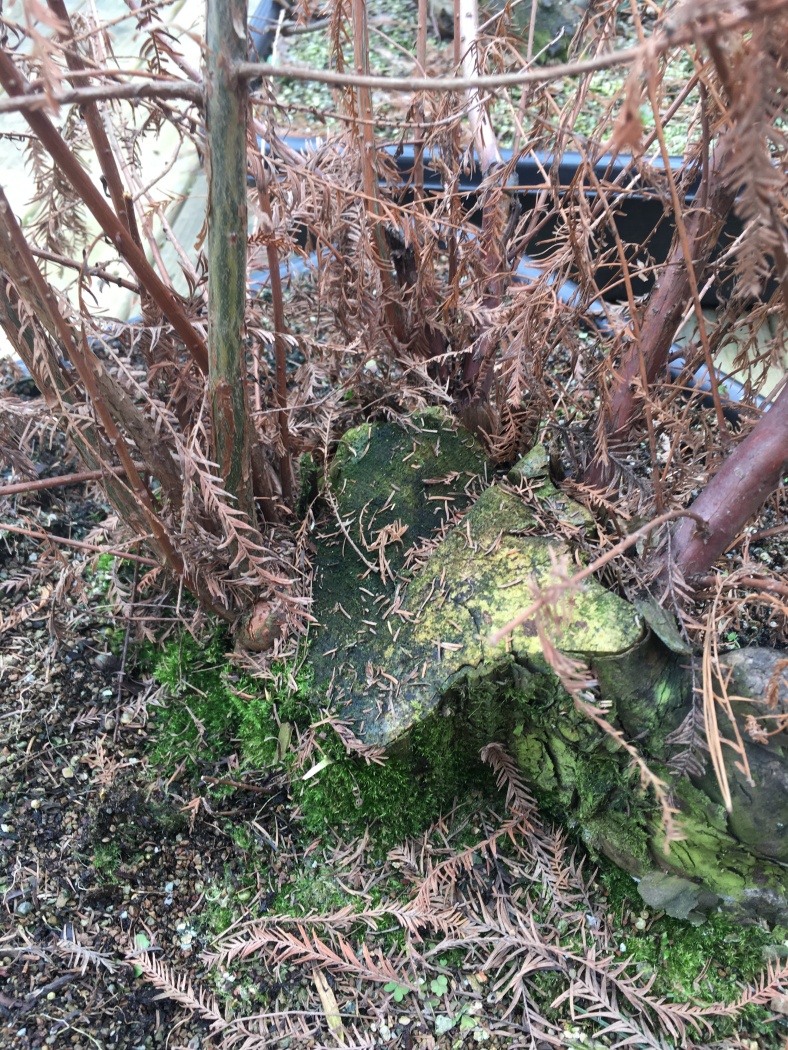 Last year I had to make a serious and unexpected chop following an insect infestation.  It responded well and finally needs some root work.  The base of the tree is so large that I will just put it back in this container for several more years to let the new leaders thicken.  I am thinking of a unique clump with some carving to clean up the chop wound.  This will be a long process, but I am excited about this one’s potential.

Next up is a red maple that I received from a friend.  I know some have mixed feelings about these due to their leaf size but I have had fun with it. 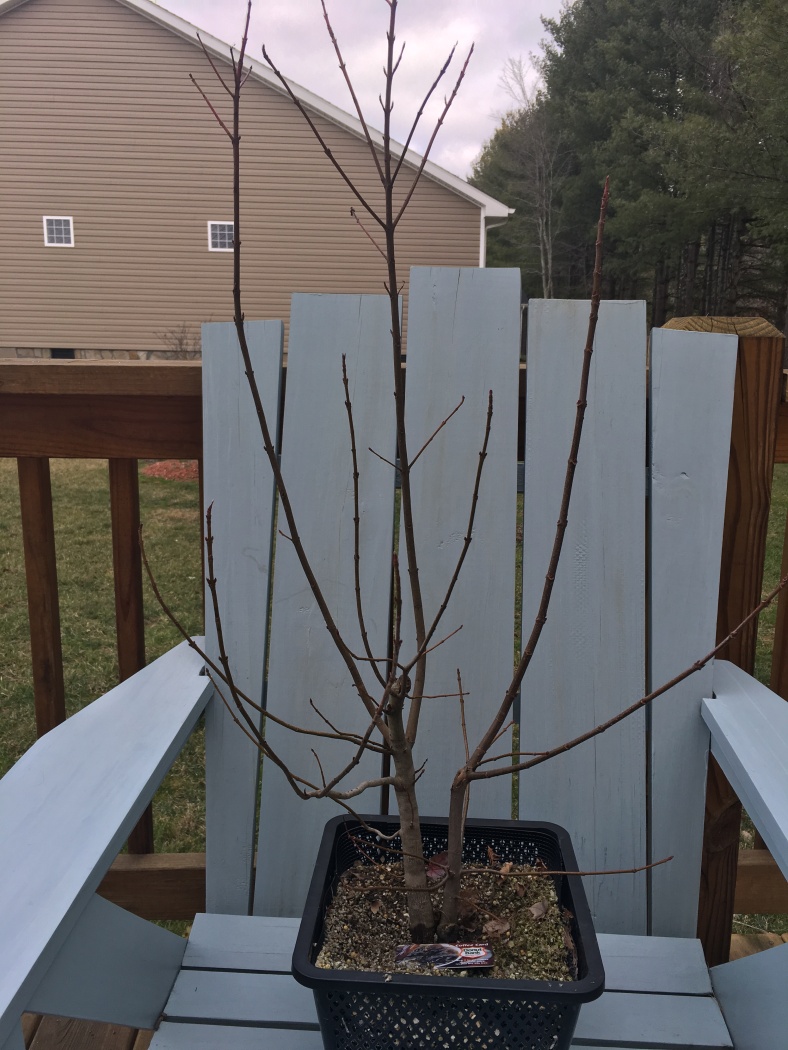 I will do a repot and chop my primary branches back.  It also has an older chop wound that is healing nicely.

I will cut around the edges of the wound and apply some more paste this year and hopefully it will be closed by the end of the year.

Last on the menu is the water elm I collected along with the BC.  It has grown very well and finally needs a good hard chop.  The upper trunk is dead and could use some carving but I don’t think I am ready to tackle that yet without some practice. 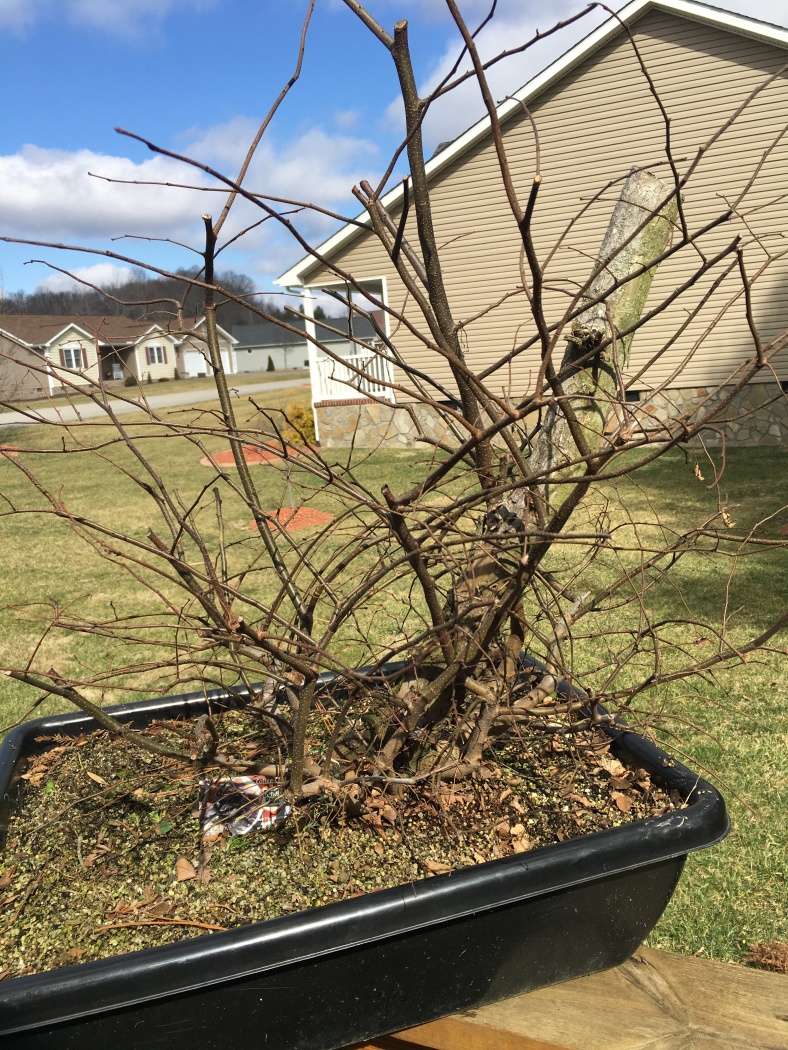 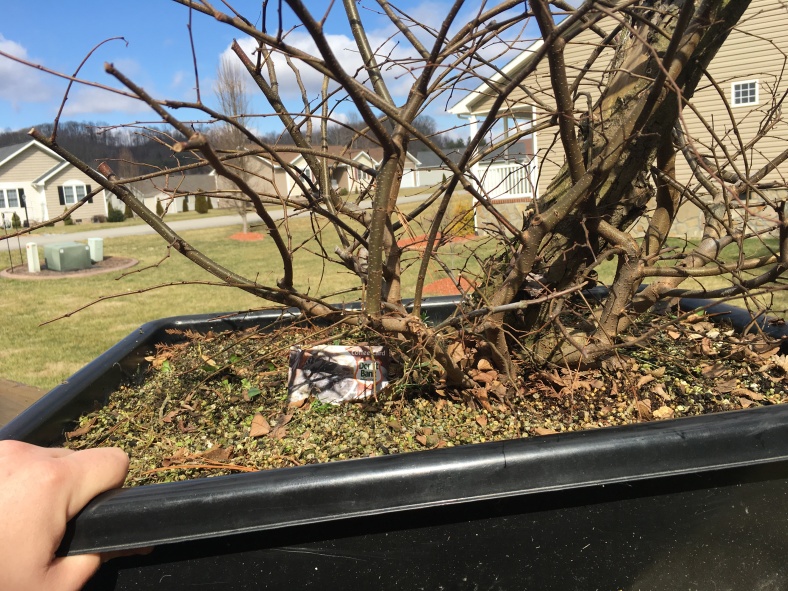 There are plenty of good thick branches down low to work with.  I will cut them back and work towards secondary branching this year.  I haven’t seen the roots on this tree since I potted it so who knows what I have to work with down there.

I have some others needing to be repotted and I hope to get many of my trees in bonsai pots for the first time.  Stay tuned for an update.